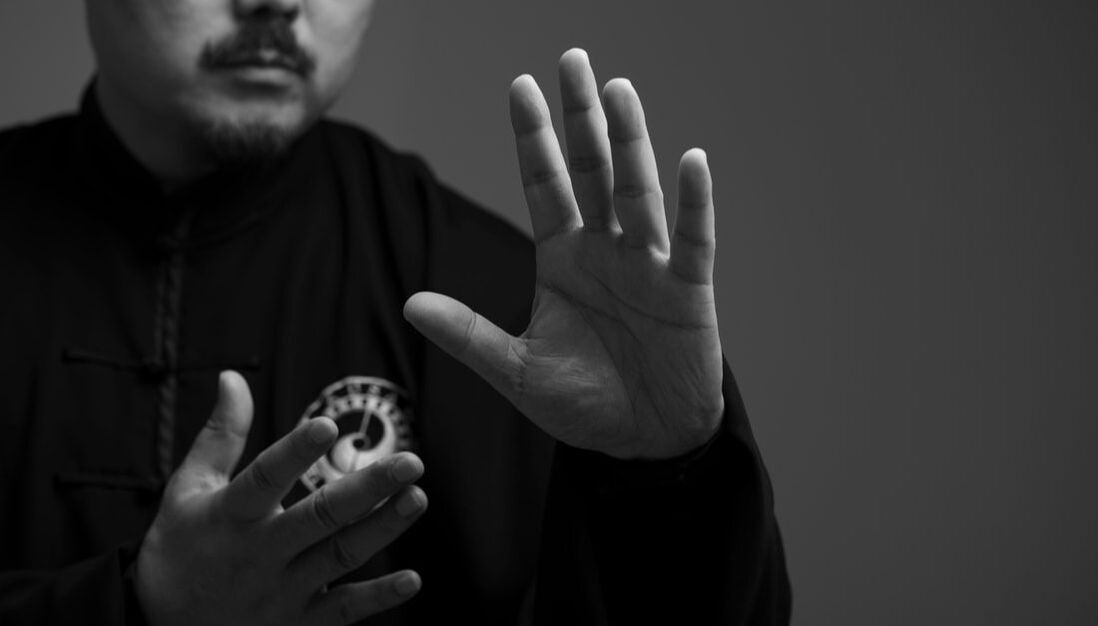 The Zhao Bao style of Tai Chi (赵堡太极拳) originated from the town of Zhao Bao (赵堡镇) in the sixteenth century. Located fourteen kilometers east of the county of Wen (温县) in the central Chinese province of Henan (河南), Zhao Bao is known for its idyllic atmosphere. The town looks south over the Yellow River’s northern banks, and gazes north into the Taihang foothills, turning east into the capital（京畿）, and extending west toward Luo Yi (絡伊). Since antiquity, this propitious location has made Zhao Bao a center of travel and trade. According to legend, Zhao Bao was once the elaborate Jin Yin Zhong burial grounds of the soldiers of Zhao Dynasty during the Warring States Period (500 B.C.–221 B.C.); thus earning the town the title of “Zhao Bao” or “Zhao’s stronghold,” a name which has continued into usage today.

In the closing years of the Ming Dynasty (1368–1644), the town’s name became well-known in the world of martial arts when a Zhao Bao native named Jiang Fa (蒋发) studied Tai Chi under Shan Xi (山西) master Wang Zong Yue. Jiang Fa later chose fellow townsmen Xing Xihuai (邢希怀) as a worthy disciple to on pass his own skills to, and thus began an illustrious new tradition of martial arts in Zhao Bao Zhen. During the Kanxi Dynasty (1654 A.D.--1722 A.D.), the later emperor Yong Zheng (雍正) visited Zhao Bao and admired the Tai Chi grandmasters so much that he gifted a handwritten inscription[1] to the local Temple of Guandi (关帝庙) to commend the martial prowess of the Zhao Bao Tai Chi masters.

The tenets of Zhao Bao Tai Chi emphasize simplicity, stressing that one should be as “hard as iron, soft as cotton, slippery as a fish, and tenacious as glue.”[2] Its philosophy is expressed in the composition of its stances, in movements that harmonize and flow with the anatomy of the human body. Its aesthetic draws inspiration from nature with the goal of achieving movement as light as a cloud and as fluid as water. The martial art derives the structure of its theory from canonical Chinese scriptures including, “I Ching”（易经） (The Book of Change), “Zhongyong”(中庸) (The Doctrine of the Mean), as well as Neo-Confucian thought (“理学”), uniting “The Three Teachings” (Confucianism, Buddhism, and Daoism), under a new umbrella of thought. Its art of attack and defense emulates the inscrutable shifts of clouds as well as the deceptively smooth pull of powerful ocean waves, attacking at the most unexpected to leave an opponent senseless.

Zhao Ba Tai Chi is still evolving in the long river of history. For seven generations Zhao Bao’s conservative leaders kept the art exclusively within the clan, giving rise to the saying that, “Zhao Bao Tai Chi would never leave its village.” Towards the end of the nineteenth century, however, this direct line of descent was broken, and many new practitioners entered the school. Then, in the 1930s, tenth generation Zhao Bao Tai Chi Grandmasters Zheng Wuqing (郑悟清, 1895–1984) and Zheng Boying (郑伯英, 1906–1961) both left Zhao Bao, respectively, and brought a definitive end to the axiom that “Zhao Ba Tai Chi would never leave its village.” The two Grandmasters both settled in the nearby city of Xi’an and dedicated their lives to cultivating and promoting the art of Tai Chi to the greater public.

[1] The original inscription, “乾坤正气,” is almost untranslatable into English. The first half of the phrase, “qian kun,” refers to the balance of the sky and earth, and man’s place between them in Daoist philosophy. Maintaining this balance is often the root of great strength. The second half, “zheng chi,” can literally be translated as “straight air” but may be more accurately translated as referring to an aura of righteousness. Put together, “Qian Kun Zheng Chi” was high praise for the great depth of understanding and harmony that the Zhao Bao practitioners had achieved.


[2] This saying is actually translated as, “tenacious as a fish bladder,” stemming from a practice in ancient China to boil the air bladders of fish to make a sticky paste used for glue.